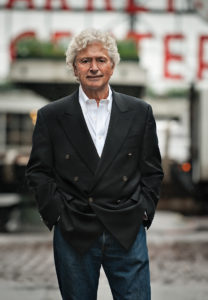 For four decades, Ron Elgin was involved in the world of advertising, beginning as an intern at Cole & Weber. In 1981, Ron co-founded the advertising PR agency Elgin Syferd with his friend Dave Syferd. The agency later became Elgin DDB and finally DDB Seattle. Ron has sat on countless non-profit boards and made giving back a key part of his agency’s DNA. In 2012, he was honored with the Silver Medal Award by the American Advertising Federation. Now semiretired, Ron consults and sits on several corporate boards. He and his wife live in Seattle but make frequent trips to visit their daughter, son-in-law, and three grandchildren in California.